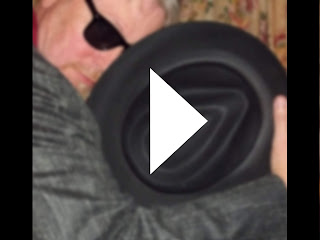 Well, Big Daddy Dan was seen at the karaoke bar again (ha, that's me.) This song is titled Desperado and of course is a karaoke cover of the Eagles hit. The words of the song are almost entrancing as poetry alone. When it came to writing songs (or poetry if you look at it that way) Don Henley and Glen Frey had amazing skills and talent. In the song the singer is warning a friend about his wayward lifestyle. Friend, don't take the risks. Change the kind of women you are attracted to. Sadly we all know that in reality people don't change like that. Personality preferences are a part of who that person is. If a person is in love with someone who constantly makes bad choices then romance and even marriage isn't going to change that. I know that the song was written as a guy friend talking to another guy, but many women think that they can change a lover only to come to the realization (years later) that he is what he is. I don't mean to say people don't change because they do and we see it all the time. Literally everyday alcoholics or addicts of all kinds change their behaviors... cheaters become faithful, and sinners become saints. This doesn't happen without real effort. The person must have the burning desire to make the change... no one can make that commitment for them. In my book 'The Secret King and Poetry of Praise' there's a group of Egyptians fleeing Egypt. They are escaping the wrath of the Egyptian Ruler, Auknan, and the Regent Queen Mother, Hept. The exiled Egyptians are hiding in the land of the Hebrews and attempting to blend in with the common people of Israel. This requires that they take on Hebrew names and Hebrew ways. The character Nachet takes the Hebrew name Namaan, and (unlike Amon and Kamia) he has trouble accepting the Hebrew God. It isn't until later in the book that he has his trial by fire and makes his conversion. See both my books on the Amazon web store and at Goodreads web site.
CLICK HERE 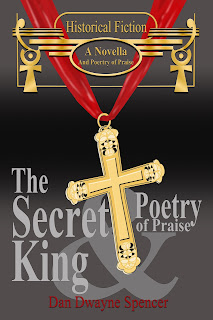 Posted by Dan-Dwayne Novelist at 10:49 AM