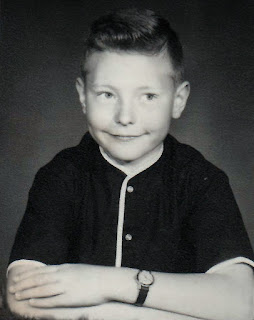 It was 1965 and the song "Wooly Bully" was playing on everyone's radio along with the Rolling Stones "I Can't Get No" and of course the Beatles were the king of the airwaves. They had just released their 6th album, "Help." Actually at the time I wasn't counting... all I knew was that they were cool and hip. Everyone was talking about Atomic Power as the SNAP space craft (The first atomic powered space vehicle) went into space. Even the French were experimenting with Atomic weaponry. At school we were doing under the desk drills for just in case atomic emergencies, but nothing could top my excitement about the Gemini 4. Frank Borman and Jim Lovell were my instant heroes because they were going into space. Gemini 4 launched and I had a model of the Gemini capsule, and the rocket that blasted it into orbit, in progress on the kitchen table. It was very detailed and tons of pieces. I loved models but my parents never helped me put them together or paint them... I guess they were too busy.

It was that same year my school experience took a turn to the south (or should I say a detour into repetition.) I remember doing crazy things in the 3rd grade... like writing papers for school and then removing all the punctuation and capitalization from them. Seriously I thought it was funny to hand in a paper that read like one long (run on) sentence. I also remember turning in my homework and watching the line leader throw mine in the trash before she took it to the teacher. (Either she liked me or hated me... to this day I'm not sure.) She had been doing it for some time as I had to redo lots of assignment which I was accused of not completing but I hadn't caught her until then. Not everything was her fault that year - I remember purposefully writing my spelling words and scrambling the letters around. All the right letters were there but not in the right order. What I didn't get was the importance of doing these things right. Actually I'm not sure exactly why I did those things... I just did them. As a result my teacher told my parents I was mentally retarded (it was the 60s and the term wasn't frowned on back then.) She insisted that I be retained for at least a year and repeat the grade again. I had not proven to have mastered the expected content for the 3rd grade and certainly wasn't socially progressed enough to go on to the 4th grade.

I thought well there must be something wrong with me if I'm not socially ready to be sent on to the illustrious 4th grade. I supposed there was some kind of social aptitude that one must pass before entering the privileged 4th grade. In my mind I thought that the 4th grade must be like going to the promised land if I wasn't allowed there because of something broken in my head. (Heck, I didn't know what social skills were at that age. All I got from the situation was that I was broken and probably couldn't be fixed. My self esteem was at an all time low.) The part that rattled my mother was that my teacher said I was Mentally Retarded. She insisted that I be tested at once. So I had to have and IQ test to prove that the teacher right. I remember putting blocks into fitted slots and being timed for a variety of other activities.  Then the results were in. My teacher said that there was a flaw in the testing because I couldn't have a 130 IQ... it wasn't possible. The teacher convinced my parents to hold me back on her recommendation because the tests didn't gauge my social skills and I just didn't fit in with the other kids. (Yes, I was a little odd compared to the majority of the kids... it had to do with my wiring and it was never going to change. It was because I processed, and still do process, things differently.) Not only did I have a 130 IQ but I was a whole brain individual. I could write with either hand and use either side of my brain to problem solve. (Most people are either right brain dominate or left brain dominate... there are only a few of us who are whole brained individuals. We see the world differently... it's wired into our hardware.) I knew I didn't fit in socially with the rest of the kids. It wasn't that I didn't want to... and having an over protective, paranoid schizoid, for a mother didn't help. Talk about hovering and protecting... she didn't help when it came to learning social skills because she was always taking up for me. That is except for where this teacher was concerned. After all this teacher was a professional educator and new about such things. (I'm sure your wondering why, what exact remembrances makes me label my mother as a paranoid schizoid... but that is a story for another day.) They didn't tell me what my IQ tests had found for years later. I went on with my life thinking that I was broken. There was something wrong with me.

Personally I think that the teacher should have taken partial responsibility for my being so bored out of my mind as to be forced to amuse myself with the creative but childish pranks I was pulling. She didn't see the GT for the misbehavior... but then it was the 60s and the term GT hadn't been quoted yet. As for my parents. I wasn't what they wanted either... they wanted a more normal child. Especially my father. He wanted a rugged, get dirty, get rough and rugged kind of a son. I was more... intellectual... less muscle bound and not as coordinated as the future high school jocks and football stars. It was years later that I learned that it was my eyesight that effected my hand eye coordination, but it was too late to change the concept that I was the one that the jocks liked to pick on. (I wasn't alone in that category but I don't think they poked anyone else's butt with an ice pick or was tied up and hung upside down from a basketball goal... and kids today complain about being bullied! I'll save that story for another day too.)  Personality wise I was more of a hunter with a camera than a gun. I liked to shot pictures, draw pictures, and paint. (Like my mother would have ever allowed me to shot a real gun. Ha ha.) In truth I didn't seem to fit in with any of my family... at least I didn't feel like I did. My sister (as much as I love her) was 13 years older than me. There was little camaraderie there... My nieces were more like sisters to me than my sister. Sadly they became my mother's favorites... So, where did that leave me? My sister thought I was spoiled and got everything she didn't get. Her egocentrically limited vision of my situation kept her from understanding me. No one could see how I felt. ( I suppose you could blame it on teenage angst except I wasn't even a teen yet.)  I didn't know where I fit in. As a result I had to go on a long journey of experimentation to find myself. Who was I and how do I relate to people around me. I decided early on that I had to do things to make people like me. I had to find what will make them like me. I did a lot of things just to make people like me... I suppose I still do. I usually keep the fact of my IQ a secret and when the subject of IQ might come up in a conversation... a person might say, "My IQ is a 110." I say, "Really mine too." (It is that and more. I don't consider it lying because the truth would make them feel uneasy or even dislike me.) I have met a few people with what I think was surely higher IQs than mine and they are even stranger than I am. I'm sure... very sure... there is a connection with social dis-connectivity and IQ. We laugh at the high functioning nerds on television but even on that show the sad thing is that if they hadn't found each other they would be struggling to find where they fit into the world too. Next time you see someone who you think is a bit odd... it might be because they are gifted not mentally retarded.

Posted by Dan-Dwayne Novelist at 10:44 AM