Here I am with author Raymond Villareal. 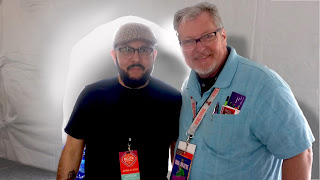 Pardon the horrible backlighting, but here I am with Raymond Villareal who is not only a writer but an  attorney practicing in San Antonio. He says that he is actually no longer practicing law and who could blame him because his book A People's History of the Vampire Uprising has just been picked up by 20th Century Fox. He held a terrific Q&A session for young people who want to become writers.  I was so happy to make new friends at the San Antonio Book Festival. 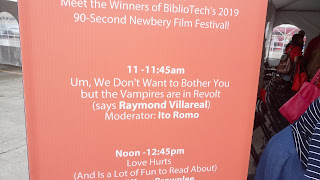 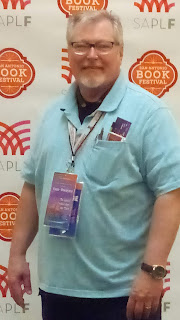 Posted by Dan-Dwayne Novelist at 11:06 PM