The pre-ordering for Premeditated Pandemonium, the new novel by Dan-Dwayne, starts on November 5th. 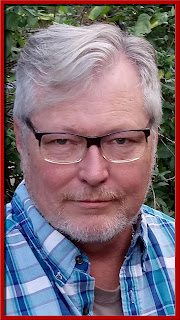 It's all most here. The pre-ordering for Premeditated Pandemonium, the new novel by Dan-Dwayne, starts on November 5th. Only 3 days left.

Evan Chavez was one of the US Military’s best assets while he was working for Naval Military Intelligence. Twelve years ago he spearheaded a mission in Boston where one of the team members, Zane Dunkirk, flipped to the other side, whoever they may be, and took what the team was sent to get. It was no accident that this mission’s objective was to steal two hundred and fifty million dollars in diamonds. For the past twelve years he has blamed his Lieutenant for stealing the diamonds and escaping. That was twelve years ago and for the past twelve years he has blamed his lieutenant, Zane Dunkirk, for stealing the diamonds and escaping. In the twelve years that followed the botched mission, Evan left military service and became a police detective for the Fort Worth, Texas Police Department. He chose Fort Worth because that was Zane’s last known address. To his surprise he discovers that Zane’s body was found in a Boston sanitation service dumpster. He had been murdered twelve years ago. Can Evan find Zane’s killer and return the diamonds before they are used in a doomsday device called ‘Jehovah’s Tears?”
One thing is for certain, he can’t do it alone. With the help of his old Military Commander and a team of professionals he discovers the truth behind the Boston Mission. Could the answers lie with a
religious cult who believes that the world has scrummed to idolatry because of what they call
the ‘Black Queen of Diamonds?’ He discovers the truth, and that truth shakes his belief in
everything... Everything he thought he had faith in.
This book contains mild language and mature situations, 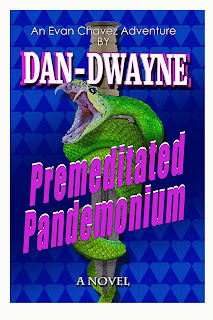 Posted by Dan-Dwayne Novelist at 7:41 AM