How important is a name?

As a writer I go through dozens and dozens of name choices for my characters. I what the right name for the right character... it must relate to the character's personality. Then there are the cars that they drive. Do you think it was by chance that Helen (and her son Blair) who were running from the thugs in my story "A Deal of a Lifetime" was driving a Ford Escape. Not an accident. The name of the car that the character drives has something to do either with the personality or the situation the character is involved in. Then there is my story "The Gaslight Gallery Mystery" the Native American, Detective Navarre, drives a Jeep Grand Cherokee. If you haven't noticed this then reread my stories and see for yourself. 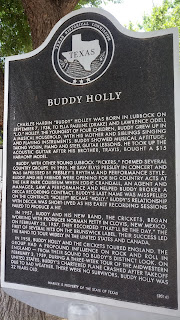 I also think that names of people are important. Would John Wayne have been as popular if he had not changed his name. His first name was Marion. Then there was Lubbock's favorite son... Buddy Holly. His real name was Charles. Not nearly as 50's cool as Buddy.
Posted by Dan-Dwayne Novelist at 2:29 PM