The Countdown has Begun

The countdown has begun. Amazon will be accepting preorders for Dan-Dwayne's crime thriller "Premeditated Pandemonium."  This full length novel is his best work to date.
Evan Chavez, a detective in the Fort Worth Police Department, is shocked when he is sent information about a case where a man was murdered twelve years ago. Evan knew him because they had both worked for US Military Intelligence. This was before he left military service and became a cop. This man's name was Zane Dunkirk and he had been AWOL for the past twelve years. All that time Evan had blamed him for botching that mission and committing treason. Now he learns his friend was innocent and was killed in the line of duty. With the help of a team of professionals he determines to find the killer and bring justice to his friend's memory. The problem is nothing in the spy world is as it seems. The case grows into an international affair with the world teetering on the precipice of nuclear war. The suspense is brought to a critical point when the President breaks treaty with Israel in exchange for the Arab world leaders signature on a worthless world peace accord. Can Evan avoid causing a global Armageddon by uncovering the international plot before the world explodes in WWIII? Can he stop the heinous group responsible and bring the world back from the brink of war? Order your copy on Amazon.com Monday November 5th! 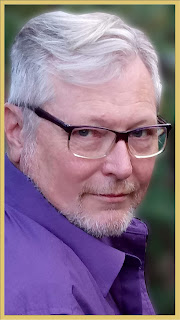 Posted by Dan-Dwayne Novelist at 6:43 PM